The United Kingdom is unique, special and full of contrasts. The wealth of its historical monuments is simply amazing and it’s impossible to find places there that look alike. Visiting the UK is one of the first objectives of any tourist planning to make a world tour. Among the main reasons for that are the amazing UK attractions, the great British culture, the rich history of the prosperity and unparalleled nature. Now you are invited to take a short tour by the most incredible destinations around the UK that you definitely might want to see with your own eyes.

It is a unique natural phenomenon, which represents about 40,000 interconnected hexagonal basalt columns, forming a natural pavement. This striking landmark is located approximately 100 kilometers from Belfast. You can get there by bus or to hire a car at rentalcars24h in Belfast city or airport. 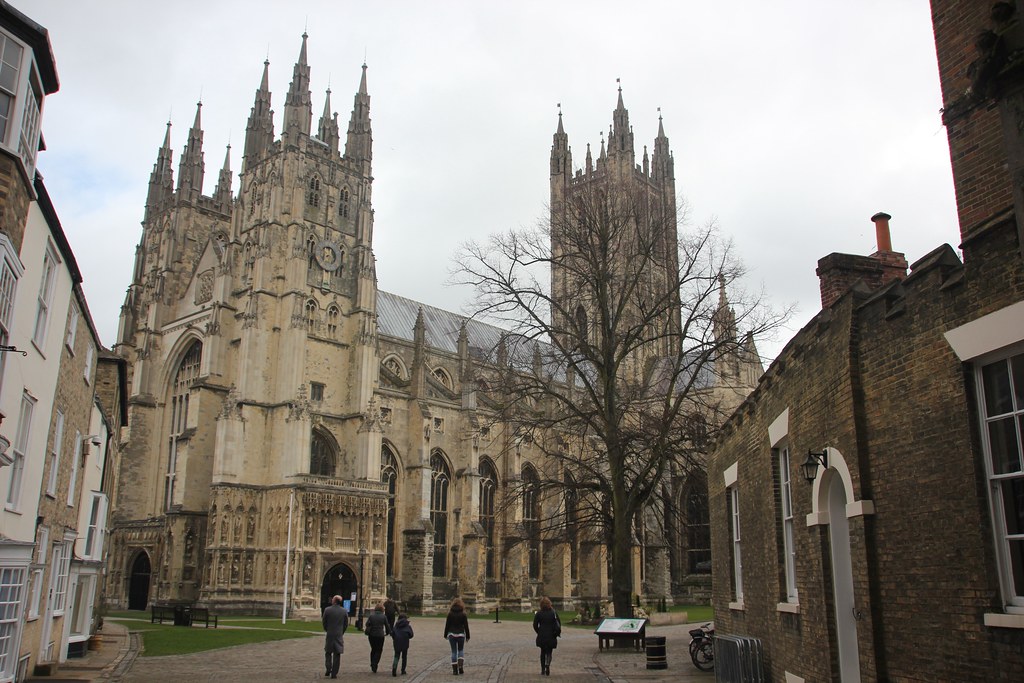 It is a small incredibly beautiful ancient town, located in the county of Kent. When you are there, you find yourself somewhere in the Middle Ages. The architecture of this city is just unique, especially the Canterbury Cathedral. On the local tours you can learn about all the ghosts and evil spirits inhabiting the place.

It is the region in the western part of the central England, officially recognized as the area of the “outstanding natural beauty” in the UK. Around the region there is a huge amount of scattered villages, the appearance of which hasn’t changed for centuries. You will be captured by the stone houses of all shades of gold with tiled and thatched roofs, rivers, colorful hills and leisurely way of life. 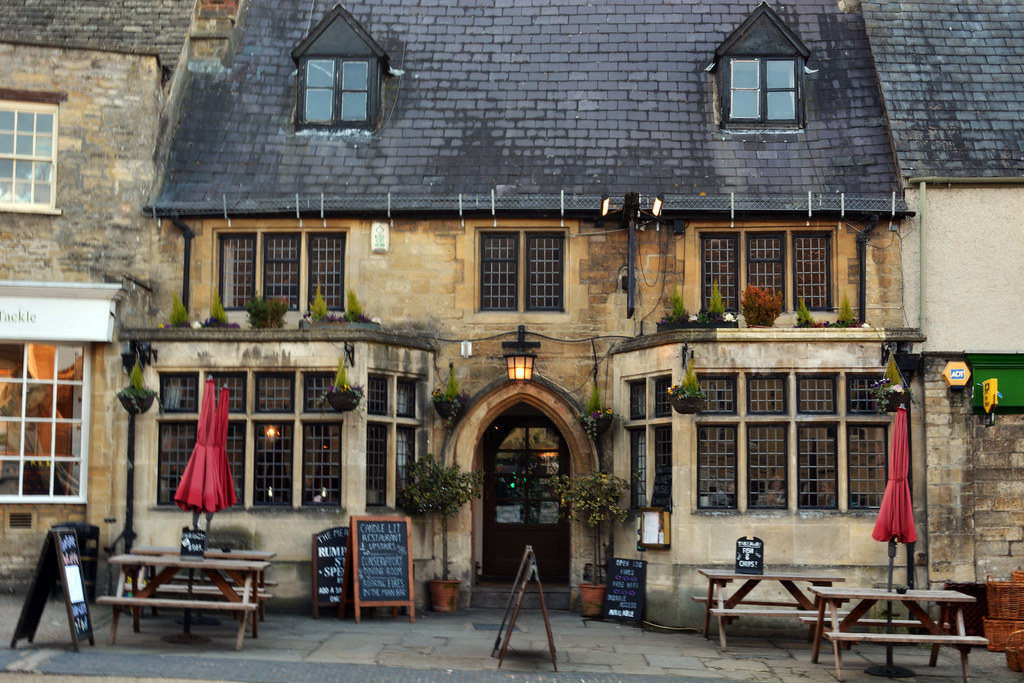 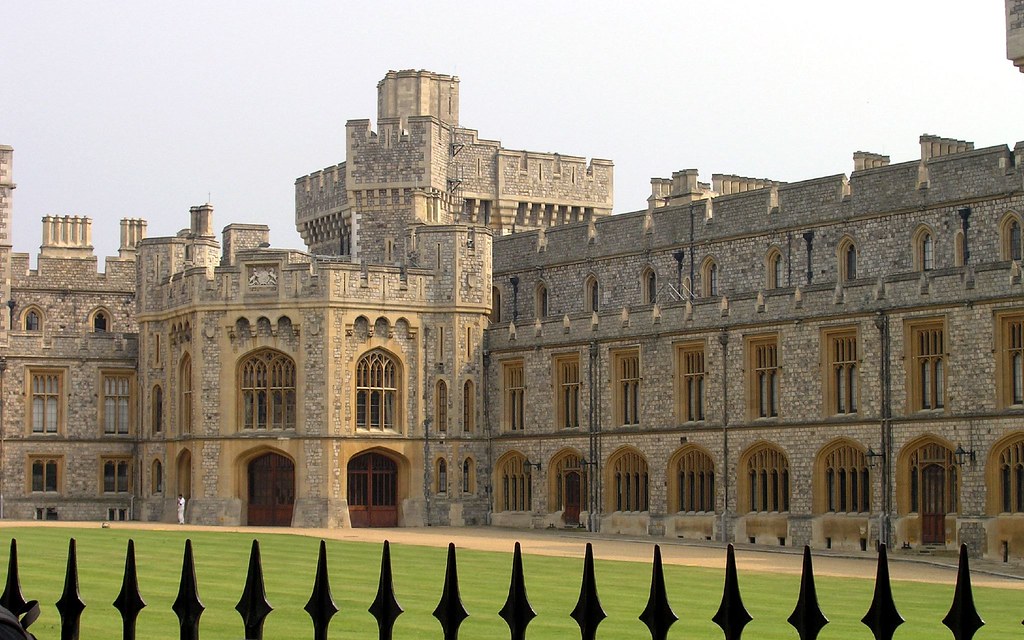 Everyone who comes to England must visit the Windsor Castle, for it is the place which most clearly conveys the grand history and the high spirit of this country.

Luxury and wealth are the two words that best of all characterize the Windsor Castle and the magnificent park adjacent to it. This magnificent architectural structure located in the county of Berkshire, is the place where the Queen of England gives splendid receptions and performs the obligations imposed by people on her. Everyone will definitely get superior impressions by visiting this magnificent castle. Book tickets in advance if you want to avoid a long queue to the ticket office at the castle. 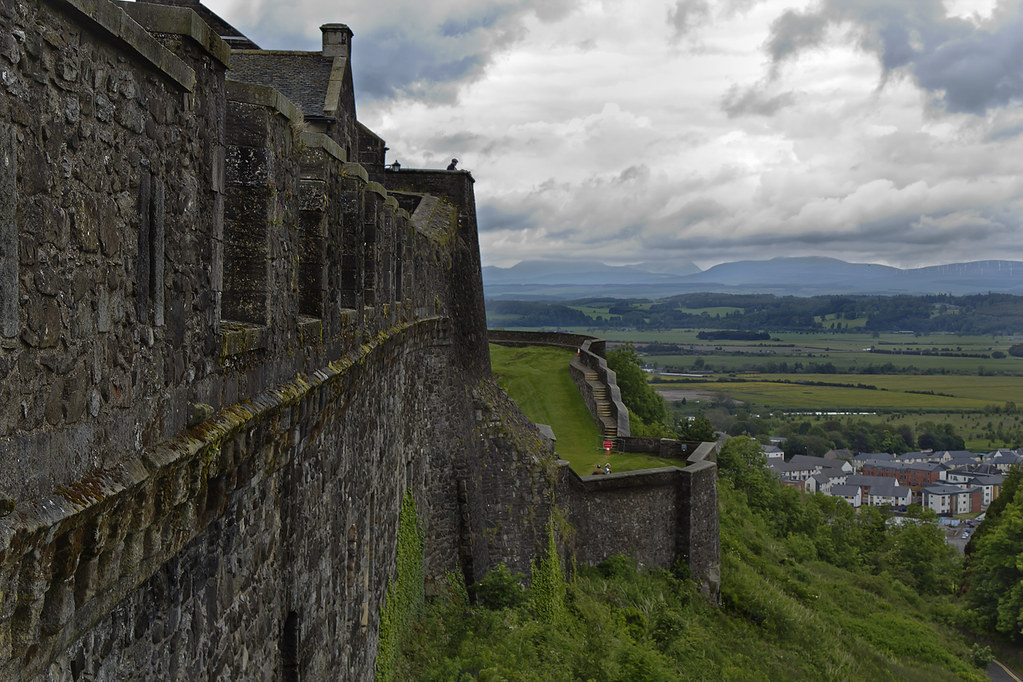 Stirling Castle is one of the most significant Scottish castles from the historical and architectural viewpoint. It is also known as the royal residence, where Mary, Queen of Scots was crowned and used to live. Stirling is surrounded by many legends and mysteries. Very often the locals can tell you the stories about the ghosts inhabiting the castle. That’s why the place attracts thousands of adventurers and thrill seekers. 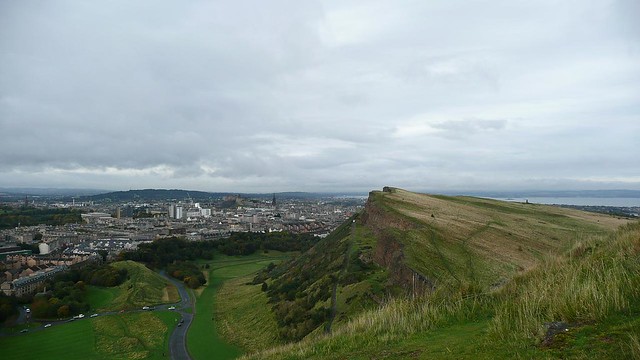 It is a huge royal park in Edinburgh with lots of hills, valleys, dams, plateaus and cliffs. There are many historical and archaeological sites in the park that came to us from the ancient times. The park is a registered architectural and historical monument and is of a great value to researchers in the field of archeology and wildlife. 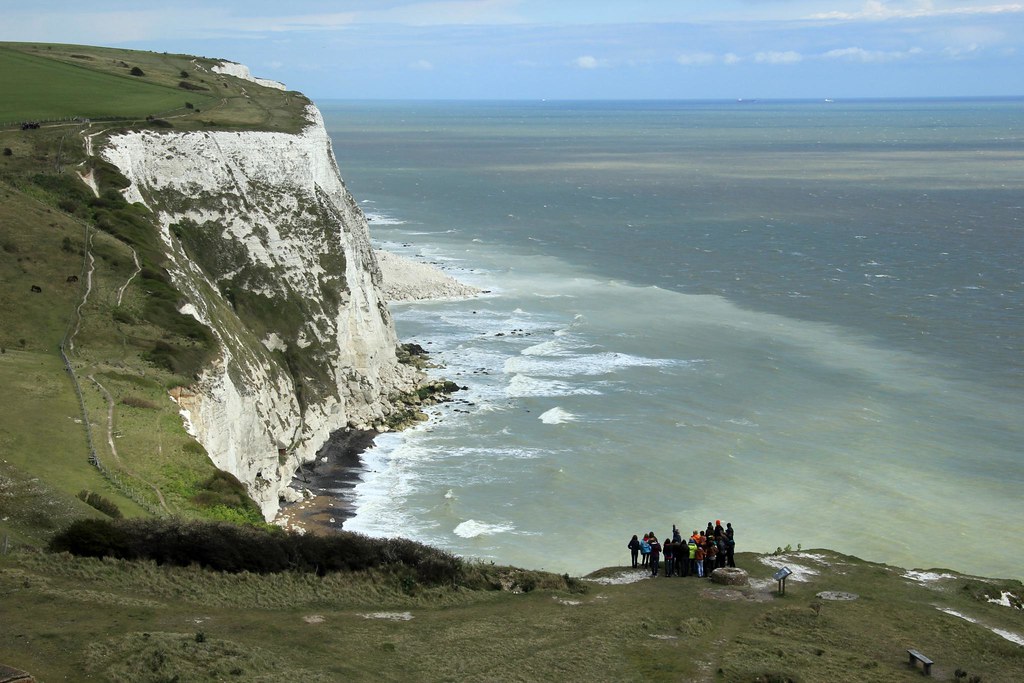 Since times immemorial, the first thing that sailors have seen when they were reaching the British shore was a chain of white cliffs stretching along the south coast of England. These are the famous White Cliffs of Dover. The height of the cliffs reaches one hundred meters, but due to natural erosion every year it is reduced by around one centimeter. 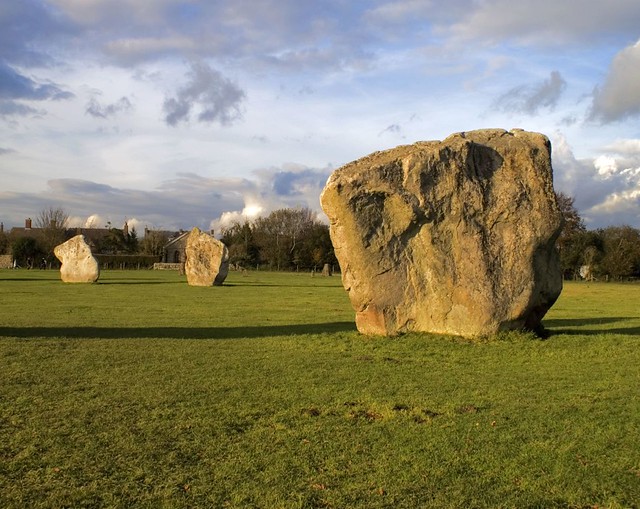 This primeval stone circle is a World Heritage Site, located in the beautiful village of Avebury, in the county of Wiltshire. This monument was extensively used in the period from about 2100 BC till 1650 BC.

The complex consists of a large cromlech of over 350 meters in diameter and occupying ​​11.5 hectares. Unlike Stonehenge, here you can go up right to the complex and touch the ancient stones. 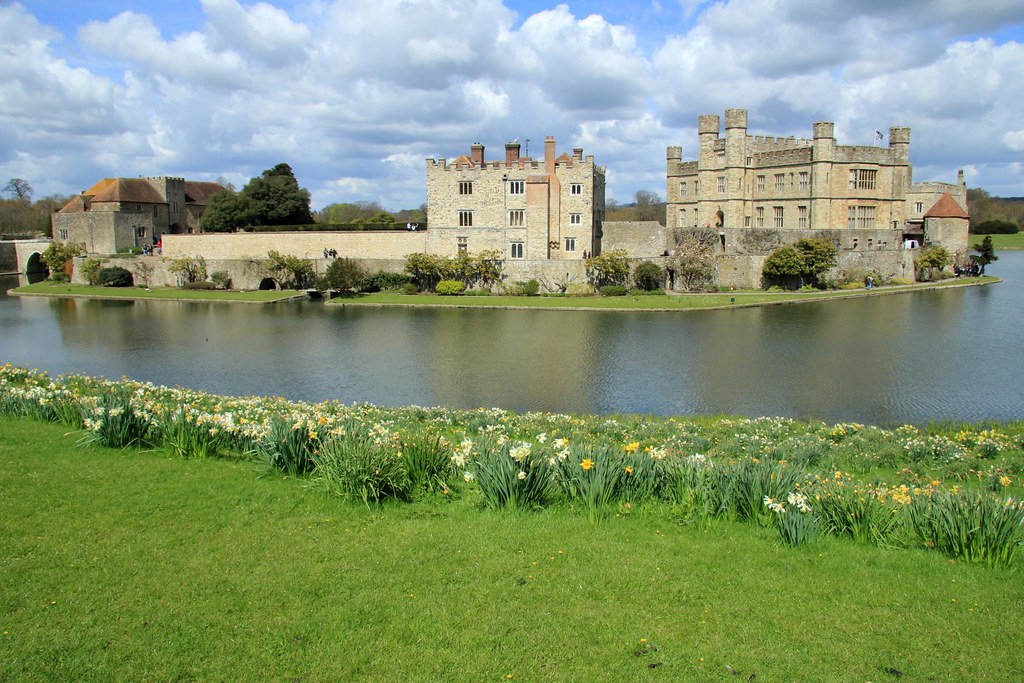 You can get a real pleasure by dipping into the tangled yew maze of the Leeds Castle created in 1988 and return to the civilization through the underground grotto full of mystical creatures and animals carved from shells, minerals and wood. The walls of the maze consist of 2,400 yew trees! If you look at it from the central part, you will see that it resembles the outline of the royal crown.

The Park is located in the county of Surrey and covers the area of five hundred acres. It is one of the most prominent amusement parks in Europe offering entertainment for visitors of all ages. Thorpe Park is well recognized for its amazing water rides: it has the highest log flume throughout the UK! Everywhere around the park you will find a cozy place to relax. 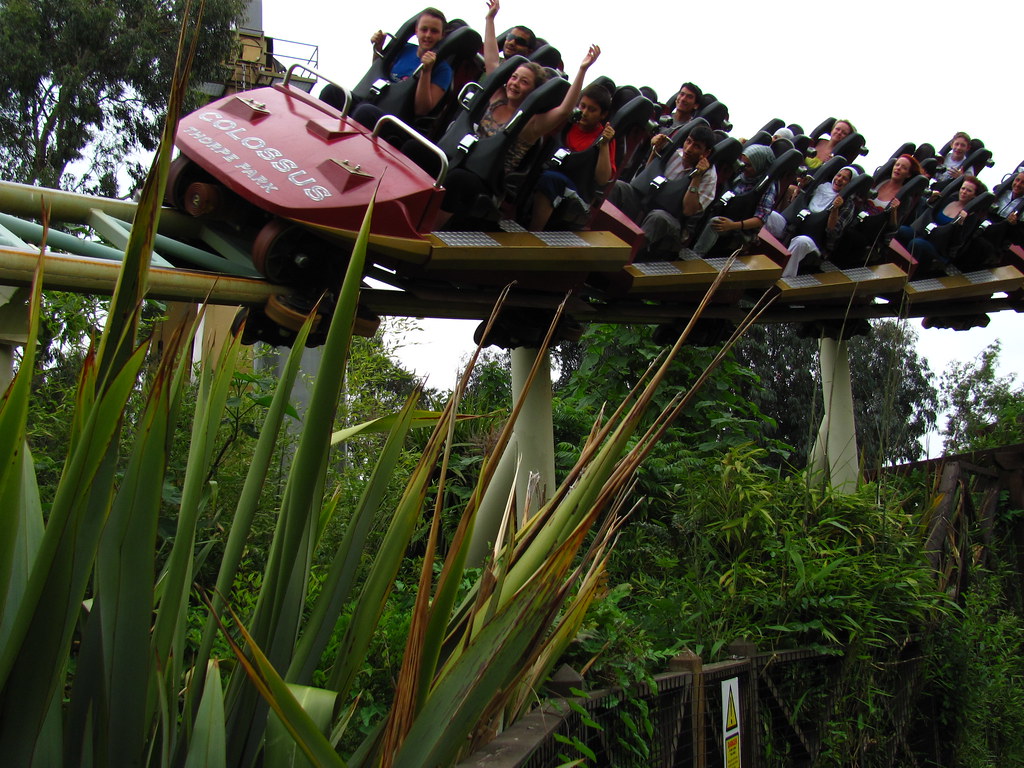 These are by far not all the destinations around the UK that are worth visiting. You can find much more places for interesting pastime in the UK.  But at least now you know what places you definitely need to consider for your next trip!